A short drive down the A38 from my home is Crook Peak, the most westerly hill of the Mendips. It overlooks the Somerset Levels and the Bristol Channel and on a good day Exmoor, The Quantocks and Glastonbury Tor are all visible. On the top of Crook Peak is a wonderful craggy outcrop of carboniferous limestone that helps give the peak its distinctive cone shape.

Apparently the word Crook came from an old English word cruc, which means peak. I found some contradictory evidence that suggests cruc was actually derived from the Latin word crux meaning cross, wooden frame for execution so I am not completely convinced about its name. There are a number of sources that suggest Crook Peak might have been a site for a beacon warning the West Country of the Spanish Armada which would make a lot of sense given its location.

One cloudy evening in August last year I was on the top of Crook Peak looking towards the Bristol Channel hoping the cloud would break up before nightfall. I was using the limestone outcrop as a foreground leading to where the sun was due to set. Just as I'd hoped, the cloud did break and slowly the warm light of the setting sun was revealed over the Channel.

This particular day was the day the total eclipse of the sun was visible across a swathe of North America. I really didn’t expect we'd see any of it in the UK so hadn't paid much attention. While I was waiting, one of the walkers out that evening started talking to me and wondered if I was setting up to photograph the eclipse. 'I don’t think we'll see it from here' was my reply. An hour or so later, the sun finally broke through the cloud for a short moment just before sunset, and to my surprise there was a small chink missing out of the bottom left where it was blocked by the Moon. Of course, my composition was not set-up for a partial eclipse and the sun was just a tiny spec with a wide angle lens. As it happens, most of the colour had gone from the sky at this point so that exposure never made it to the final edit. Still, it was a nice, and unexpected, end to the day. 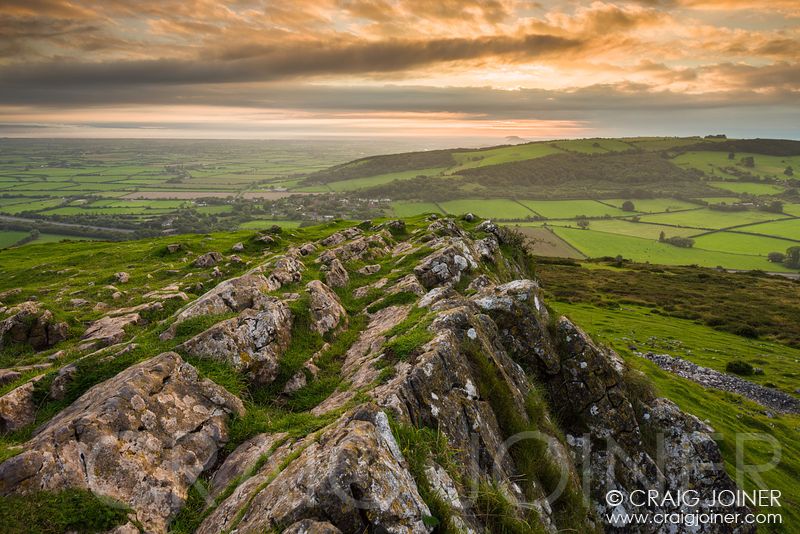