On Wednesday I woke to find the house surrounded by fog which was a nice surprise. A quick check of my weather app told me there was fog on the Mendip Hills too so I threw on some clothes and set off for Stockhill Wood where I had a couple of misty compositions in mind.

Halfway up Burrington Combe, however, the fog gave way to blue sky and sunlight. I stopped at Black Down and walked up onto the hill to assess the situation. My suspicions were confirmed. There was a substantial cloud inversion over the valley below and the hills themselves were clear of the cloud. I made a few images of the inversion, but I really wanted to make a misty woodland image. I would have to head back down off the hills, and I knew just the place.

I have been walking through Mendip Lodge Wood on and off for about a year now. It was once the grounds of Mendip Lodge on the northern slopes of the Mendip Hills which was a grand summer retreat for Thomas Sedgwick Whalley. Built in the late 18th century, the lodge no longer exists having been demolished in the 1950s, although one small part of it (or perhaps an outbuilding) oddly seems to have survived the demolition albeit now as a ruin.

There are a handful of places along the public footpath that I had previously earmarked for misty conditions, but there was one group of beech trees I was particularly keen on photographing this day and so I headed straight there. Right at the entrance to the woods, however, I discovered an area of Ramsons (Allium ursinum) or Wild Garlic still in flower. With all the hot weather we have had this spring I was not expecting to see any Ramson flowers in good condition this late on. Not only did I tick off one misty composition from my list, I also managed the ramsons too. 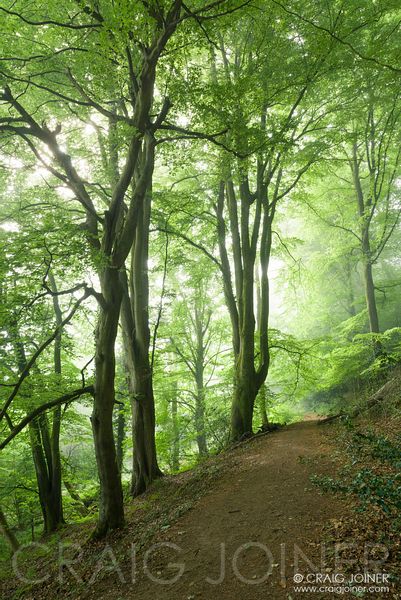 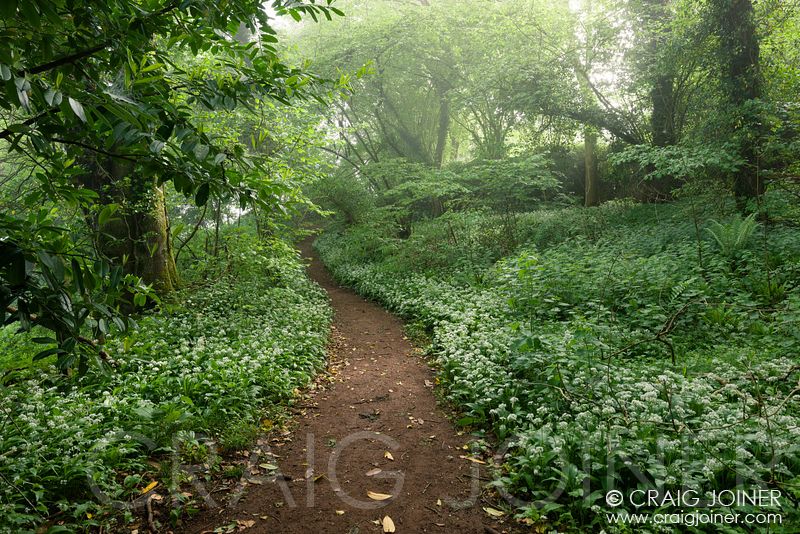 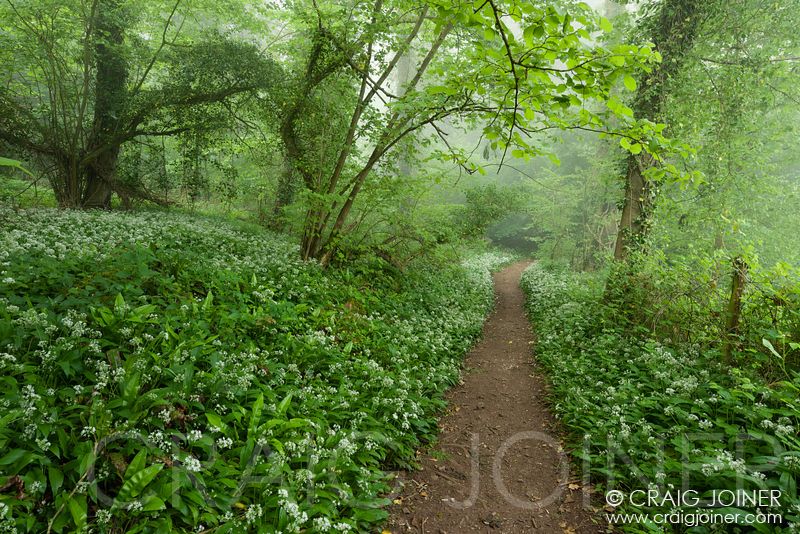