I have always had a fascination with space and the cosmos so when I heard there was a potential bright comet coming this year that should be visible in the sky from the northern hemisphere, I was quite excited. It broke up as it approached the sun unfortunately. But another had been spotted in March which had potential.

Comet Neowise (or more formally C/2020 F3 Neowise) is currently visible in our night skies and having rounded the sun is now on its way back out of the inner solar system. Its orbit takes approximately 6800 years to complete so last time it swung by the sun Stonehenge had not been built. A sobering thought.

I had a list of local landmarks that I wanted to photograph with the comet overhead, but I missed a couple of nights at the start and cloud prevented photography most nights since then. I was at Clevedon pier the Friday before last for my first attempt but was unsuccessful in finding Neowise. I made the mistake of looking it up on my phone and found a website that erroneously said it would not be visible after sunset until the following week, so I went home. I later found out the comet had appeared about 15 minutes or so after I had left. I had missed both Friday and Saturday night by then.

I finally saw the comet the following Sunday and impressive it was. I had to wait a few hours for it to appear from behind cloud, but it was worth the wait. The cloud gave me an unobstructed view for about 20 mins before obscuring it again which cut short my plans for that night.

I managed to photograph it over both Severn Bridges during a couple of clear nights over the following week but Neowise was significantly dimmer and higher in the sky. It was still visible and easy to find now I knew what I was looking for but nowhere near as impressive as the week before though. It is at its closest to the earth today (22 July 2020) so should in theory be at its biggest in the sky but quite dim now it is further away from the sun. 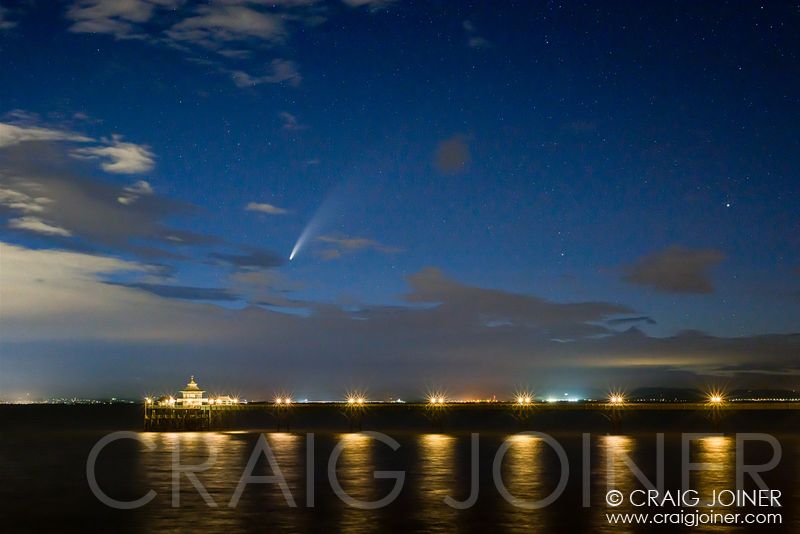 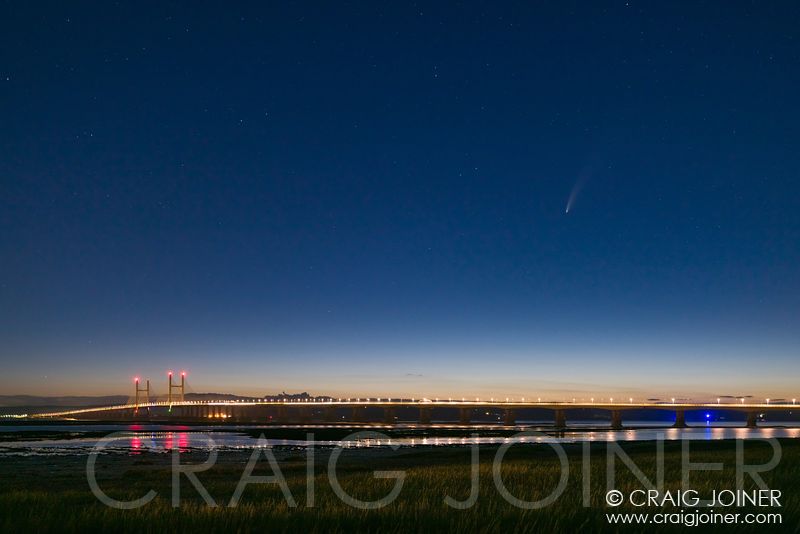 Comet Neowise over the Prince of Wales Bridge 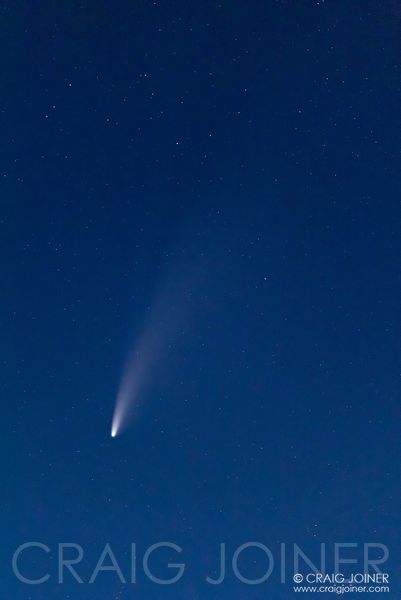 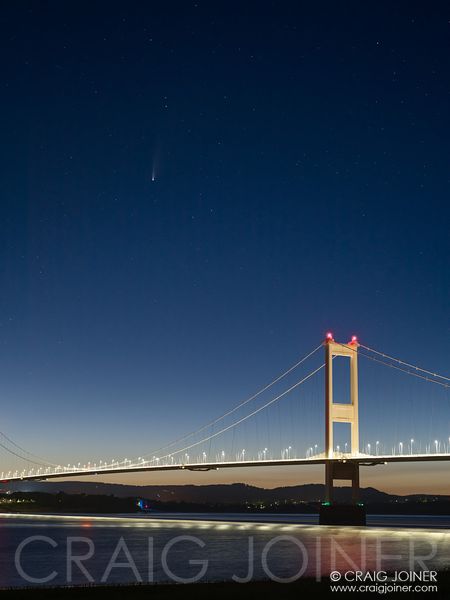