I realised the other day that it's getting on for nine years since I photographed Clevedon and Birnbeck piers. I had particularly neglected Birnbeck pier as I'll explain later. It was about time I paid both a visit again.

Clevedon Pier is by far my favourite pier. Sure there are grander, more elaborate and longer piers dotted along our coastline but to me the simplicity of it's modest size and design gives it a beauty few can match. Less is definitely more. There is obviously a lot of pride in the town when it comes to this pier too. Along it's length on the decking planks and benches are little brass name plates of all the people who donated to it's restoration and continued upkeep. To me this human element helps seal it as my favourite.

When photographing the pier in the past I have tended to use colourful skies and lighting but over time I have come appreciate that the pier perhaps requires something more subtle than that. This section of the Severn Estuary has a gentle feel about it and I have been considering creating some new images of the pier that better reflect the tranquillity I associate with it.

On Monday this week the weather was overcast with nothing more than a gentle breeze and the incoming tide was set to peak around an hour after sunset. Just what I had been waiting for.

When I arrived the beach was surprisingly busy, but people were just quietly enjoying the view. I was soon involved in the landscape and, making the most of the rocky shoreline and the gentle waves of the incoming tide, set about creating a set of images from the beach that conveyed the sense of peace I felt that evening. Two hours later, when the light had finally faded beyond the point when I could accurately focus, I noticed I was completely alone. Somehow everyone had slipped away unnoticed.

Birnbeck Pier at Weston-super-Mare is very different. I believe it is the only pier in Britain to form a bridge to an island but in some ways this has meant it became a rather non-symmetric affair that reaches out to the island where it seems to sprawl out into the Bristol Channel. This was a pier all about Victorian engineering rather than style. Perhaps this is why it was eventually closed in 1994 whereas it's newer sister, The Grand Pier, has continued to thrive, despite it's main pavilion twice being completely gutted by fire. Birnbeck's location, hidden away quite a distance from the main seafront, probably didn't help.

Sadly it has fallen into serious disrepair in the intervening years. When I visited it in 2007 I simply could not see how to photograph it. I think the depressing state it was in (it's a lot worse now) left me without inspiration and I failed to see the pier as part of the landscape. I was just an eyesore to me that day and I only made one black and white image during that brief visit.

Inspired by my images from Clevedon the previous day I decided it was time to re-visit the pier and I set out in high spirits, determined to discover some of the pier's beauty.

The weather was again calm, but the sky was full of broken cloud which was going to add a little interest to the sky. As with Clevedon Pier, I chose to work from the shoreline to show the pier within it's environment, using long exposures in the dusk light to soften the cloud and water in contrast to the fixed iron structure of the pier and rocks on the shore. The incoming tide was going to peak a little later this evening but the nature of the rocky shoreline meant I needed to be careful and plan ahead so as to not get cut off by the tide and leave myself with an unfamiliar rock scramble in the dark. Having watched the tide for around an hour I had a reasonable idea of how fast it was rising and I was able to plan ahead my final compositions as part of my retreat up the shore. I'm pleased to say that having spent the evening with Burnbeck Pier I now see it from a different perspective and these two evenings have re-kindled my love of this stretch of coast.

For more information on Burnbeck Pier, or to donate to the restoration fund, hop over to The Birnbeck Regeneration Trust. 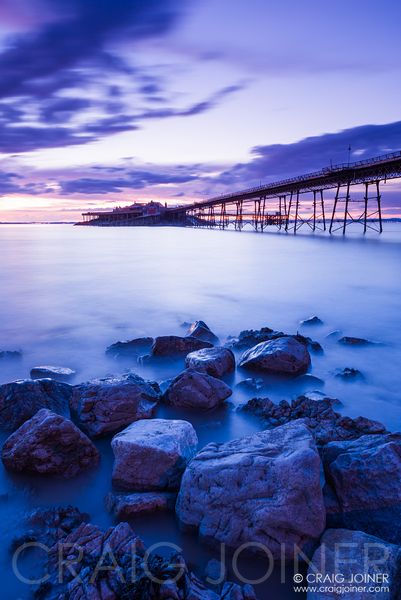 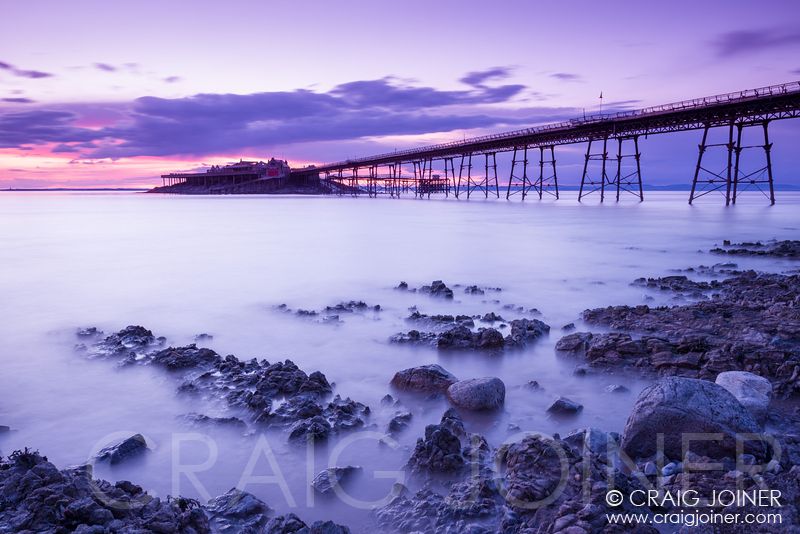 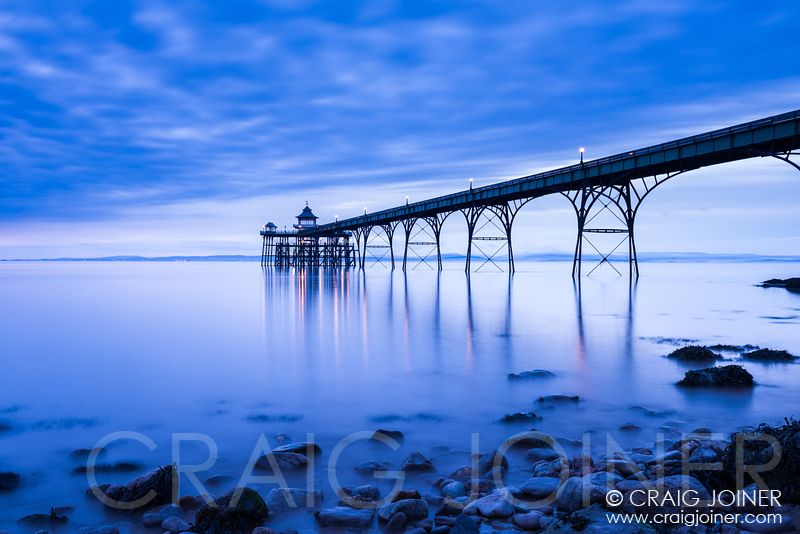 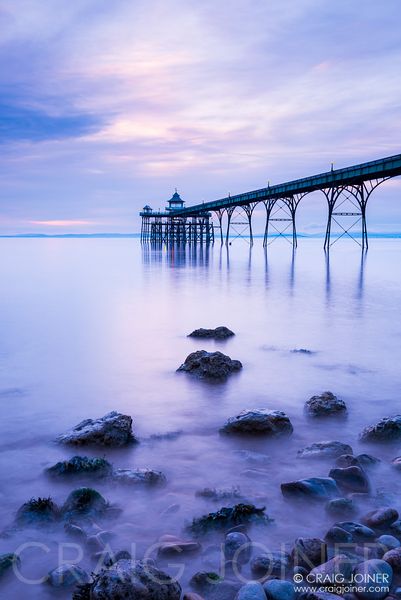